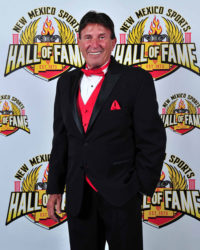 Fred is a Highland High School grad, who is known for being the main reason the New Mexico Games are special to people in New Mexico. Basketball, the games’ signature event with about 225 teams every Memorial Day weekend, plus competition in 21 other sports, from swimming to bocce ball to pickleball. Here are more of Fred’s community involvement activities: