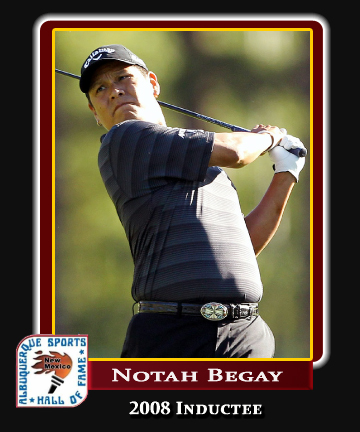 He went on to attend Stanford University on a golf scholarship, where he, Tiger Woods and Casey Martin were teammates.  Prior to graduating with an economics degree from Stanford, he was a three time NCAA Golf All-American and a member of the 1995 NCAA Stanford Golf Championship Team.  He set a record by shooting a “62″ the second day of the championsips and was selected as a team member on the 1995 USA Walker Cup Team.

He is believed to be the first full-blood Native American member of the PGA Tour.